Penguin Island, located just 45 minutes south of Perth in Western Australia, is a small island blessed with Aussie wildlife, stunning views and white sandy beaches with crystal clear blue water. The island is also known as home to Western Australia’s largest colony of little Penguins (the world’s smallest Penguins).  It is one of the ideal destination for a day trip from Perth.

What To See & Do At Penguin Island

Penguin Feeding:
Walking round Penguin Island you will get the chance to see the Little Penguins, but for most of the year, they are hard to spot during the daytime as the adult Penguins head into the sea to fish.

However, in the Discovery Centre on the island, the Park Rangers feed the Penguins several times a day, in front of an audience of visitors whilst educating them about the Penguins.

Penguin Island Cave:
Along the pristine beaches closest to the Discovery Centre will find crystal clear blue water on one side and caves on the other. The caves were home to ‘The King of Penguin’ – Seaforth McKenzie who reportedly lived on the Island for around twenty years up until the 1930s. McKenzie leased the Island from the State and let others camp there with him in caves which he decorated.

Marine & Wildlife On & Nearby To Penguin IslandPenguins:
The World’s smallest Penguins can be quite hard to see in the wild so we recommend visiting the Discovery Centre to watch the Penguin feeding and learn more about these mini masterpieces.

Wild Dolphins:
There are over 200 local bottlenose dolphins that live amongst the sheltered waters of Rockingham’s bays & islands that we’ve come to know as friends – look out for them from the wildlife cruise (sightings not guarenteed).

Sea-Lions:
There are several seal species including Australian sea lions, New Zealand fur seals and sub-Antarctic fur seals off the coast of WA.

Australian Pelican:
Also on the Island you will find a large colony of Australian Pelicans (Pelecanus conspicillatus) with hundreds of them nesting on one tip of the Island. You will often see them majestically flying overhead or floating on the clear blue water around Penguin Island.

There is no cafe, shop or bins on the Island, as rubbish left behind from visitors attracted rats in the past and these were a threat to the Penguins (especially the young ones) and other wildlife on the Island.

How To Get To Penguin Island From Perth

Situated just 45 minutes south of Perth, Penguin Island is a short ferry ride from Rockingham, Western Australia. Rockingham is an easy self-drive down the Kwinana Freeway or a short train ride from Perth on the Mandurah train line to Rockingham. There is a direct bus from Rockingham Station to Shoalwater where you can catch the Ferry. To plan your journey, visit the Transperth website for more information.

An easy alternative is to book a day tour to Penguin Island, collecting you from your hotel and dropping you back outside your hotel

Ferry To The Penguin Island

To get over to the Island you can take the short five-minute ferry ride operated by Rockingham Wild Encounters on one of their wonderful ferries with large glass windows. On the crossing make sure you keep your eyes wide for the Dolphins and Seals that also live in the Waters surrounding Penguin Island. Visit the Rockingham Wild Encounterswebsite for the ferry time schedule.

PrevPreviousTop Spots For Breakfast In And Around The City of Perth
NextExploring Rottnest Island, Western AustraliaNext

know before you go:

New On The Blog: 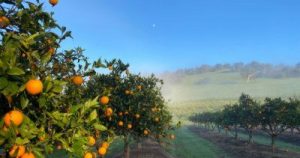 10 Great Places to Explore In The Chittering Valley, Western Australia

Only 45 minutes from the Perth, lie the fertile rollings hills of the Chittering Valley. Explore the region’s orchards, vineyards, paddocks, pastures and fantastic views 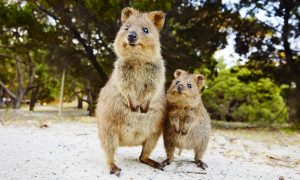 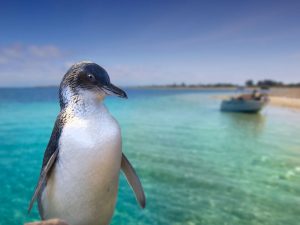